This excerpt, from a full article authored by David Meyers, was printed as part of the annual Baseball Hall of Fame program:

John Shimkus: First a power bat, then a power arm

Shimkus’ Congressional Baseball story literally began with a bang, or rather a crack (of the bat) in 1997. Batting third for the Republicans, Shimkus came to the plate in the first inning and launched a 309-foot home run over the wall in left field at Prince George’s Stadium in Bowie, Md. While a few people have hit inside-the-park homers, Shimkus’ blast was the first to clear the wall since Ron Paul did it in 1979. And no one has done it since.

The Illinois Republican credited the adrenaline rush of playing in his first game for the power behind the swing, and getting a good pitch to hit certainly helped. North Carolina Democrat Mel Watt threw “a high, hanging curveball,” Shimkus remembered.

But that historic dinger isn’t even his favorite memory of that first game. “Playing catcher was the part I loved the most,” said Shimkus. He laughed while recounting how he threw out the speedy Jesse Jackson Jr., who was attempting to steal while the Democratic side of the crowd chanted, “Run, Jesse, Run.”

That combined offensive and defensive performance earned Shimkus the first of his multiple MVP awards.

But a few years later, Shimkus’ baseball career took a turn and his legend grew in an unforeseen way. After the GOP ace, Steve Largent, hurt his elbow, the team began looking for additional pitching options. And when Largent resigned to run for governor, Shimkus was ready to take the mound in 2002. All he did was throw the first of at least five complete games, giving up just two runs on seven hits, zero walks and three strikeouts.

And a legend was reborn.

“He is a leader and a good man,” said Rep. Roger Williams of Texas, the current Republican manager. “It wouldn’t be the Congressional Baseball Game Hall of Fame without John Shimkus — he’s a pillar of the game.” 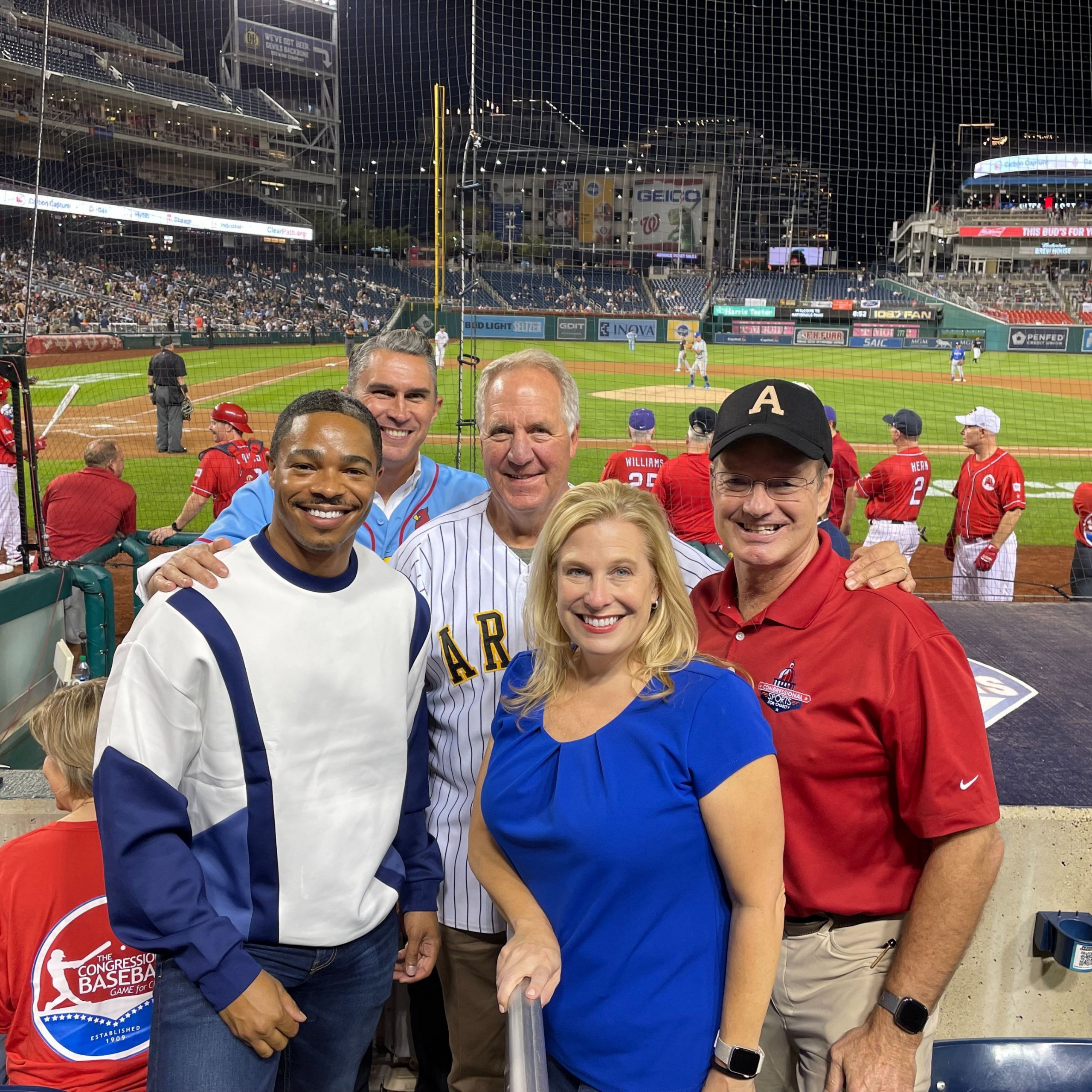