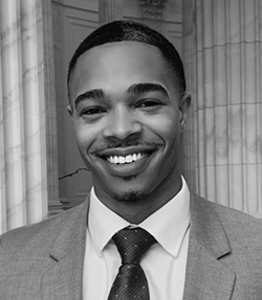 John is a highly recognized public policy leader and strategist with a track record of delivering results in both the public and private sectors. As Director of Government Affairs at KBS, he advises global enterprises, municipal governments, and equipment manufacturers on legislative strategy, political outcomes, and strategic communications.

As lead staffer for transportation, tax, trade, telecommunications, appropriations, and technology in Senator Van Hollen’s office, John had hands-on experience with a variety of complex policy issues that directly impacted the research & development hub in Maryland and throughout the U.S. In addition to advising the Senator on legislation, John successfully organized and collaborated with external stakeholders and grassroots organizations, demonstrating his seasoned understanding of coalition building. John’s congressional tenure and experience in the consulting and strategic communications space has given him an insider’s perspective of the policy process, an expansive network of contacts on and off the Hill, and extensive practice in strategic planning, research, and advocacy.

John earned dual B.A. degrees in Political Science and International Studies with an emphasis in Middle Eastern Studies and a minor in Arabic from the University of Missouri (Mizzou). When he’s not working, John is an avid tennis player, loves to travel, attends an eclectic array of music concerts, and is a bookworm.