When you partner with the bipartisan team at KBS you benefit from our decades of service in federal, state, and local government. We are proud of our team’s record of success and ability to work across the aisle. 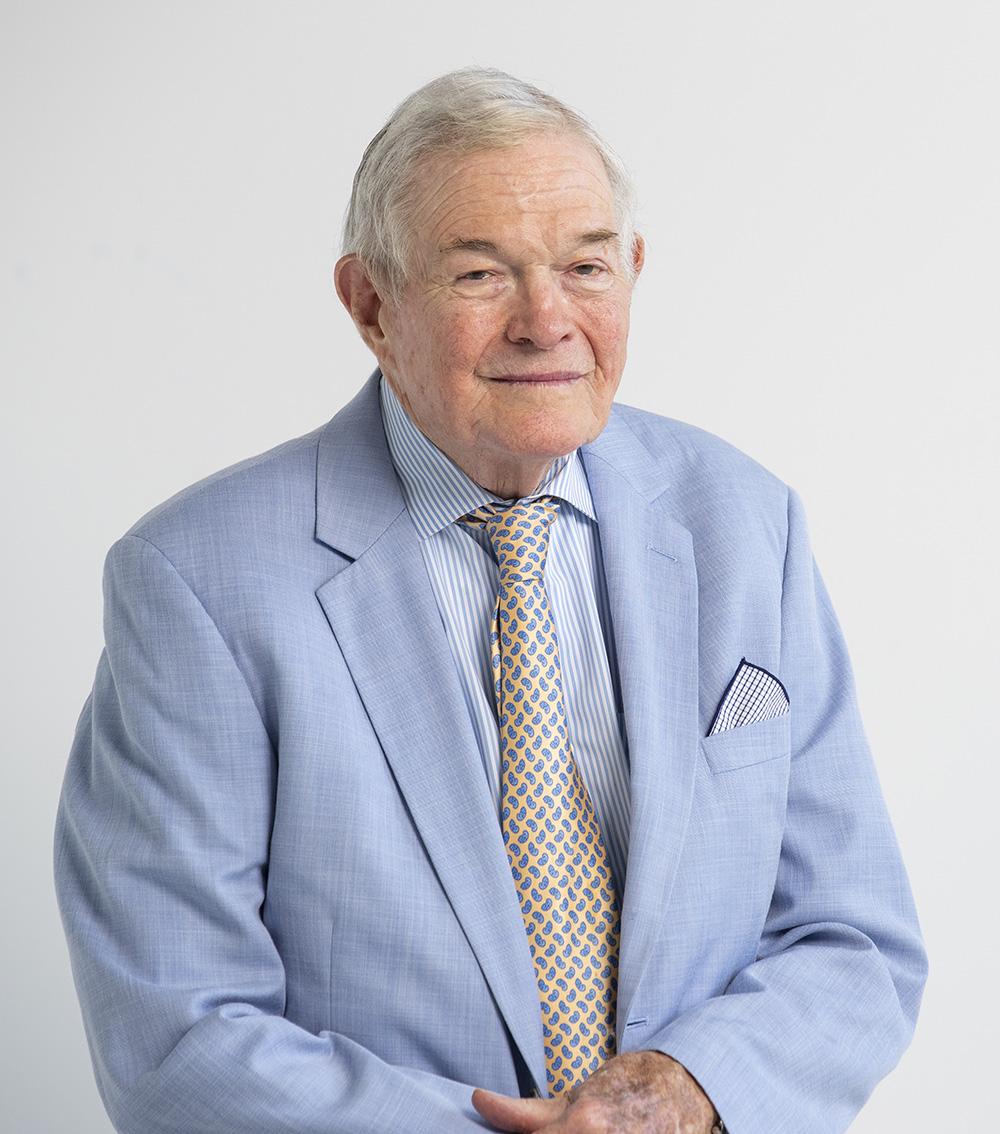 Over the course of 40 years of distinguished public service, Christopher S. “Kit” Bond earned a reputation as a skilled statesman able to build coalitions and effectively work across party lines to achieve results. Prior to his election to the United States Senate in 1985, Kit served as Missouri state auditor and two terms as Missouri’s governor. In 2011, he founded Kit Bond Strategies, now known as KBS Group.

In 1972, at the age of 33, Kit became Missouri’s youngest governor in history. As governor, one of his significant accomplishments was expanding the Parents as Teachers program statewide. Through his continued advocacy as a U.S. senator and his sponsorship of legislation allocating $5 million for a PAT national center, he helped the organization expand to all 50 states and six countries. Today, Kit serves on PAT’s Board of Directors.

Kit served four terms in the U.S. Senate. As vice chairman of the Senate Intelligence Committee and a senior member of the Senate Appropriations Committee, he was known for his efforts to reform the intelligence community, provide support for a strong and well-equipped U.S. military, and improve care for veterans.

Kit has been recognized as a leading advocate in the promotion of plant biotechnology to meet the growing global demand for nutrition and food. He served on the board of the world-renowned Donald Danforth Plant Science Center.

In 1993, President Bill Clinton praised the senator when he signed the Senator Bond-co-sponsored Family and Medical Leave Act that required companies with more than 50 employees to PROVIDE workers leave for childbirth, family illness or other emergencies.

An early leader in efforts to expand economic opportunities for American companies and institutions globally, Kit traveled extensively in East and Southeast Asia, building relationships with leaders across the region.

In 2009, he co-authored, with Pulitzer Prize-winning journalist Lewis M. Simons, The Next Front: Southeast Asia and the Road to Global Peace with Islam, which outlines the importance of increased American engagement in the region.